Camp Yo! – The Wrong Pilot EP 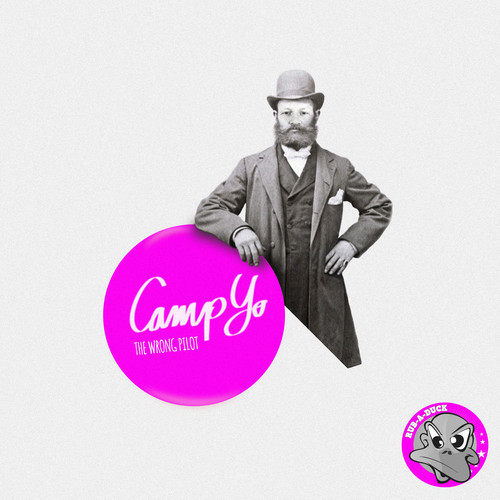 Camp Yo! is the solo project of Thomas Rademakers, a musician from Breda, The Netherlands. Thomas is also the singer of electropunk group MMMM! and he has been actively producing electronic music since 2006.
As ‘The High Fidelity Twin’, Thomas created sounds reminiscent of Múm mixed with Lo-Fi-Fnk, but finally it was the name Camp Yo! that stuck.
With the 80s, early 90s, campy teen sitcoms and Yo! MTV Raps in mind, the music of Camp Yo! is both an ode to nostalgia and a sweaty mix of Röyksopp and Memory Tapes. Synth-driven and dreamy, Camp Yo! likes to flirt with dub and deep house, but earlier material from Thomas has been found in iTunes libraries filed under chillwave, dream pop and indie dance.

The Wrong Pilot EP is the first release for Camp Yo! and highlights Thomas’s unique sound and production. The title track, “The Wrong Pilot”, draws on indie dance styles with hints of classic electronica. The New Low Remix introduces a rougher sound to the title track’s dancing drive. “Pineappletrés” concludes the EP with a syncopated drum program and arrangement reminiscent of late-night, underground parties. With this debut EP, Camp Yo! adds another hot act to the
ever-growing Rub A Duck imprint. “The Wrong Pilot” is definitely on the right track.