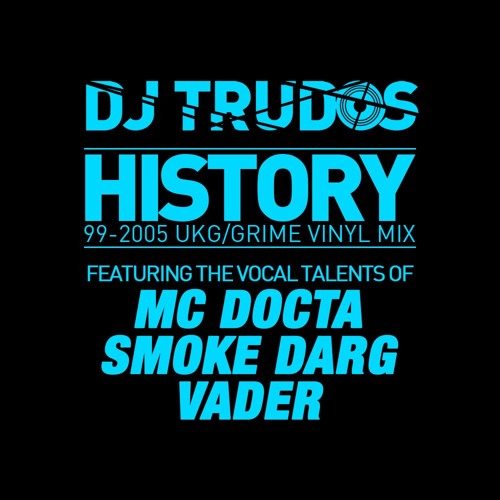 It’s been a while since we’ve featured something from Trudos here on ukgarage.org; but he’s been busy! Trudos has but together a bit of a History lesson for those who missed out or want to reminisce.

Back in 1999, I got my 1st set of belt drive decks. & even though I messed around for years after, pre-occupied smoking a whole bunch of weed, I was still committed to buying records week in week out, sometimes 3, 4, 5 times a week at £6-£7 each.

Test press’s like Wiley’s ‘Eskimo’ & Dizzee Rascal ‘I Luv U’ came more expensive, more like £12-£13 but the feeling I got when I got home to play them was priceless.

Fast forward to today, it’s time to showcase those early years starting with this 1st ‘History’ mix, alongside 3 legendary Birmingham MC’s that I grew up listening to: