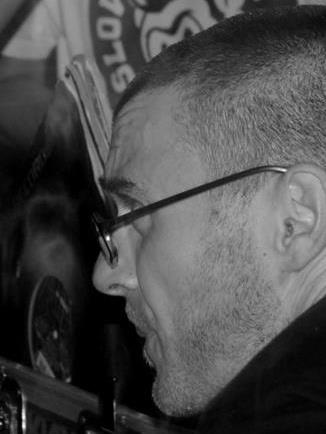 It’s difficult for a French UKG DJ to grab new releases from the actual UKG scene. French people need UKG education. I’m a pure junglist since 95, dj/mc. since we follow the Uk music scene evolution. And when i heard Re-Rewind (Artful Dodger) for the first time… woah! And since then, I’ve been a UKG junkie!! Sometimes i’am going to slick&fresh to check some news from the scene !!

Tell us about yourself

I am 30 years old. I’m a French dj/mc. I played every weekend on a local station, a show dedicated to the UK Urban Music scene. After spending a new year in London I discovered Jungle Music and the Junglist Movement. I had wanted to be a HipHop Dj for so long but when I heard this music, whouaa! It was a revelation. I wanted to play that sound and spread this vibe in France. With my friends we workws hard to host some parties with big djs from Uk Like Sappo, Intalex, Terry T … But this is France, this is different. This not the same feeling or culture. After jungle came UKG, and a second revelation!! So sweet, such nice music.

How did you start in the industry?

With my best friend, we bought two Technics MK2 in 1998, but MCing interested me more. I began to mix for real in 2000. I’m not producing something, I let the real guys make this.

How different is the scene in France compared to UK?

For me, we haven’t the same musical culture. It’s more Rock N Roll or Disco. For a long time, the electronic music has been considered as underground. UKG is really Underground in France, not many Djs are playing the UKG sound, we are lucky in Nantes (my town in France). We have a good scene from the jungle movement.

But any young Dj playing some UKG or Speed garage. I try to educate them, but since the explosion of electronic music in France, David Guetta is on the commercial radio every day. That better because you can play some UKG tracks on people dancing on it, that the same felling for them, a snare a bass a vocale. That’s stupid but now I can play in a Bar or Club some UKG, before that really difficult. Big up to David Guetta!!! (I’am joking)

What would you say appeals you about uk garage

A great feeling, that’s the better sound to start a day. I really love the vocals. That give me some energy and smile. But that me make me to much sensitive.

Go listen the classics !!And call me, need people to make a Crew ^^

Fav track of the moment?