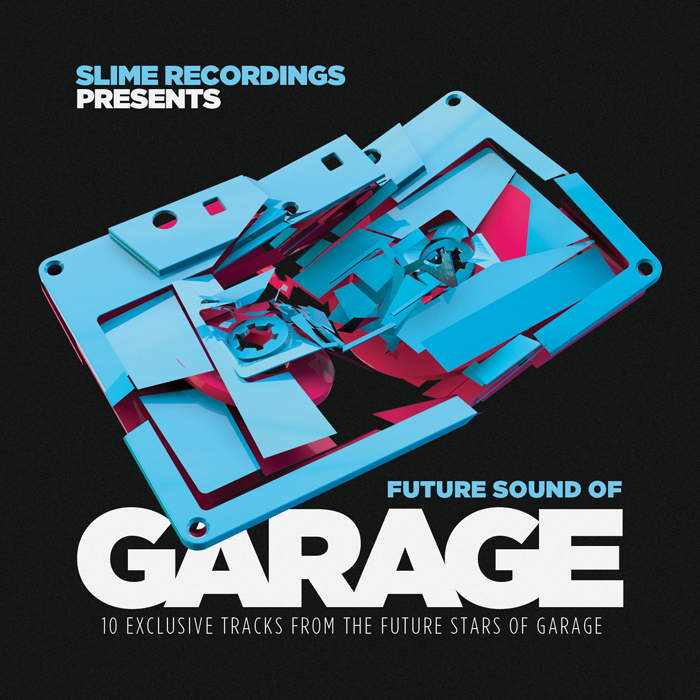 It’s no secret Slime Recordings love garage. Whether its killer floor-fillers or ethereal two-step jams, there’s a little place in our hearts for them all. So they’re excited to be unveiling the first in an ongoing series of compilations centred around up and coming producers making their mark in the genre, from around the world. ‘Future Sound Of Garage’ looks to the producers that will be staking a claim to the sound in the near future. They’ve assembled ten of the most exciting producers coming up in the scene, who have each contributed an exclusive track for this release.

The sultry, low-slung groove of ‘Swerve’ from London-based producer A.Motion opens proceedings, full of sparse percussion and seductive vocals, before giving way to the bumpy rhythms of Finland’s Sleezy with ‘Wait’, bubbling over with retro basslines and snapping clicks. If you prefer that throwback style but brought bang up to date, then Londoner Urbani comes correct with ‘Dangerous’, packed to the brim with that nostalgic skip and swing strapped to a killer bassline – something it shares in common with the proceeding thriller from Leeds producer Bad Habit. ‘Trying Times’ floats in on subtle chords before detonating with expertly-clipped vocals and pulsating bass.

Dutch producer David Eliza weaponises his contribution ‘Scapegoat’ with supersonic beats and deadly basslines built around an insistent vocal sample that will have people stampeding to the dancefloor. Similarly, Yorkshire newcomer Jonah delivers a blistering mutation of garage with ‘Hazmat’, dark chords and staccato basslines swirling in the mix over a thundering 4×4 beat. Italian producer Bodwan delivers a warehouse classic in the making with an insistent piano loop and see-saw bassline, perfect for strobe-lit tunnel raves everywhere. If it’s epic you’re after then look no further than the near 8-minute odyssey from Blackboxx. ‘Levitate Me’ starts one way, building swirling chords, ethereal vibes and soaring vocals, before exploding into a roaring bassline monster that will make your chest rattle.

Macao-based producer Burnie delivers the penultimate track with the beautiful ‘Comet Dancing’, expertly built around a sonorous vocal and clipped two-step vibes. Deft touches of 808 and deep swashes of melody switch the style, keeping you guessing until the very end. Finally, Australian producer Greed closes the compilation in fine style with the gorgeous ‘Deep Blue’, replete with shimmering piano keys and hazy percussion – guaranteed to elevate your mind into a blissful state of being.