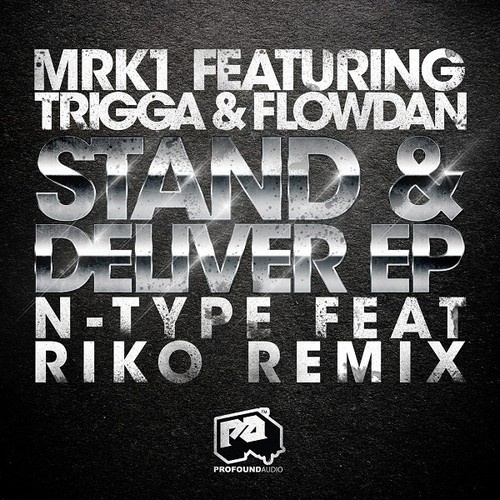 Dubstep legend Mark One, or as he’s more commonly known, MRK1, has recently released his newest EP entitled Stand and Deliver. This EP, although only including a single track plus a remix, also includes the radio mix and instrumental of the song which gives for massive use and exposure. “Stand and Deliver” is a mixture of dubstep, ragga and rock. The song features vocals of ragga MC’s, Trigga and Flowdan, and uses heavy guitar riffs to mesh with the filthy bass that he injects into the track. The remix was done by fellow Tempa All-Star N-Type, which gives the track a deeper and heavier bass rhythm all while keeping the basic structure and vocals of the original song. Both producers, MRK1 and N-Type, have been around from the birth of dubstep and have seen it grow and spread throughout the world. Building off dubstep’s roots and not adhering to mainstream culture, MRK1 uses his personal formula that worked so well throughout the years as well as including some modern twists from the original form of dubstep to create a sub shattering new single.